Planning Minister Rob Stokes has announced the approval of the WestConnex New M5 project, which will relieve congestion and improve travel times for motorists.

Stage 2 of WestConnex – The New M5 – will link to the upgraded King Georges Road Interchange on the existing M5 East Motorway at Beverly Hills and run via twin tunnels to St Peters. “100,000 motorists use the current M5 East every day and face a constant battle to get through what has become a frustrating car park. By doubling its capacity with new 9km twin tunnels, they’ll have a much faster and less stressful journey." said Minister for Roads Duncan Gay.

Mr Gay said, pending Federal Government approval, initial work on the New M5 could begin within weeks, and major construction in coming months. It is scheduled to open in 2019. 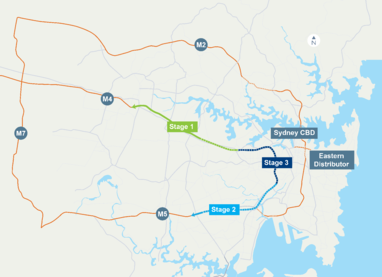 Construction is already underway on other parts of WestConnex, with work well underway on the Stage One, M4 Widening section between Parramatta and Homebush. Early work is also underway on the new M4 East twin tunnels between Homebush and Haberfield.


The planning application has been lodged for the final stage of the project – the tunnel joining the M4 and M5 to create a free-flowing motorway – allowing extensive community consultation to begin. 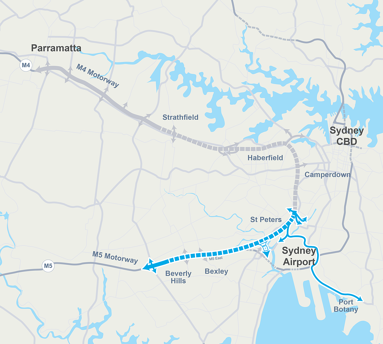 CPB Contractors are delivering the design and construct element of Sydney’s $4.3 billion New M5 Motorway in a joint venture with Dragados and Samsung C&T. The project will construct:

Conditions of approval for New M5

An extensive EIS assessment process was carried out to consider submissions from the community and business prior to planning approval being granted. In direct response to issues raised by the community, a series of conditions have been set to provide new open public space; new cycling and pedestrian infrastructure; and strict environmental protections including:

With major construction works scheduled to begin within the next few months, it's an important tool to know trusted suppliers in your area. Check out this quick cheatsheet for plant hire suppliers in Sydney who could work on the WestConnex New M5 project.

Tunnelling begins on Sydney Metro City and Southwest at Chatswood

Work continues to deliver the Sydney Metro and Southwest project in New South Wales, as a third tunnel boring machine (TBM) named Wendy begins digging into the next stage of the 31-kilometre twin tunnels that will run under the centre of Sydney and deep beneath the Sydney Harbour.

Construction company Multiplex has announced that it has been appointed by the New South Wales Government to undertake the redevelopment of the iconic Sydney Fish Market at Blackwattle Bay.