Member for Drummoyne, John Sidoti reported that "the Transport Access Program is an initiative to encourage more people to use public transport by delivering modern, safe and accessible infrastructure across the state.”

“Customers at Homebush Station will benefit from a number of improvements. People who are less mobile, parents with prams and travellers with luggage will soon be able to access the platform directly with new lifts set to be installed," said Mr Sidoti.

Registrations of interest for the project opened in November 2015. 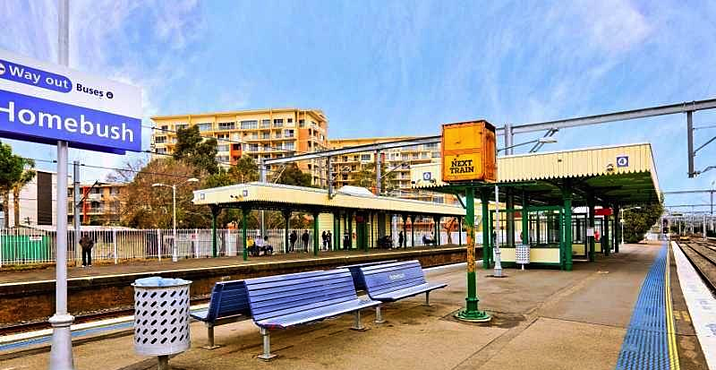 “The Transport Access Program is an initiative to encourage more people to use public transport by delivering modern, safe and accessible infrastructure across the state,” said Mark Taylor MP.

“As part of this major upgrade customers will benefit from new lifts, making it easier for people with a disability, the elderly, parents with prams and travellers with luggage to access the platforms. There will be new accessible toilets, canopies for weather protection and security will be boosted with additional lighting and new CCTV cameras.

“Two new ‘kiss and ride’ facilities will be created on Portico Parade and Wentworth Avenue, with the bus shelters on Portico Parade also set for a refresh. In addition, new bicycle storage will be installed for those customers who want to ride to the station before jumping on public transport," said Mr Taylor.

Guided by community feedback, work will start immediately on detailed designs, with construction to commence as soon as possible.

Aimed at supporting local workers, the project is due to support 30 jobs and construction starting in August 2016.

Downer has recently also had success with their mining services division, winning five contracts valued at over $250 million.

If you'd like to keep track of the road, rail and mining contracts happening across Australia, make sure to subscribe to our industry blog by clicking the button now.

Note: This post was updated to include the contract award for Toongabbie Station Upgrade.

A major milestone has been reached on the Stephenson Avenue Extension project in Western Australia with tenders released to market for the delivery of Phase 1 of the multi-stage project.

Construction is underway on a $12 million safety upgrade to the Midland Highway between Ballarat and Creswick in Victoria, which is expected to create more than 50 local jobs.