Construction has commenced on the $74.99 million Capricorn Highway duplication between Rockhampton and Gracemere in Queensland and the project is anticipated to create more than 180 local jobs.

The beginning of construction on this project coincides with the halfway mark on the construction of the $157 million Bruce Highway upgrade north of Rockhampton - which supports over 400 jobs.

“The Capricorn Highway is Central Queensland’s main east-west freight corridor and is a nationally significant route, so I am pleased to be working closely with the Queensland Government to duplicate it for the benefit of businesses, primary producers and local communities,” Deputy Prime Minister and Minister for Infrastructure, Transport and Regional Development Michael McCormack said.

According to Transport and Main Roads Minister Mark Bailey, the project and roads boom has been referred to by businesses as a ‘purple patch’.

“Construction businesses have opened new offices in Rocky because they know there is plenty of work around.

“It’s why the Queensland Government is delivering more than $14.5 billion in road projects across region Queensland, creating more than 13,500 jobs,” Mr Bailey said. 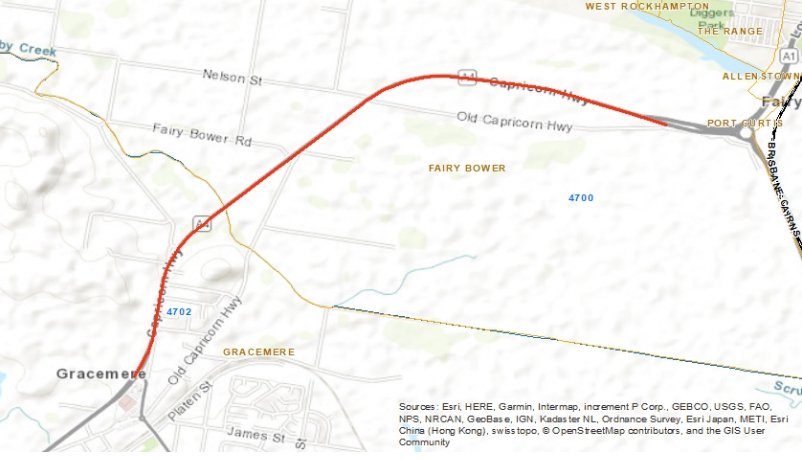 Once completed, the upgraded Capricorn Highway will improve safety for motorists who use this route as the need to take high-risk overtaking manoeuvres would be lessened, reducing the risk of head-on collisions.

This multi-million dollar project will include duplicating a 5.2-kilometre section of the Capricorn Highway between Rockhampton and Gracemere to four lanes.

With works now underway on the Capricorn Highway duplication, other vital projects - such as the Rockhampton Ring Road project and other road upgrades between Rocky and Yeppoon - will soon get underway as well.

“Our city injects more than $4.8 billion into Queensland’s economy every year - and roads play a huge role in keeping our businesses and producers moving.

“With more than 5,000 businesses calling our region home and many more setting up shop, the Queensland Government is paving the way for freight and jobs,” Member for Rockhampton Barry O’Rourke said.

For motorist safety, speed restrictions and traffic controls will be placed along the project route as construction activities ramp up.

Late last year, the Fulton Hogan and SMEC joint venture was awarded the contract to deliver this project. You can read more about this news here.

The Capricorn Highway duplication project is jointly funded by the Australian and Queensland Governments, each contributing $59.99 million and $15 million respectively.

The upgrade is due to be completed by early 2021, weather permitting.

The Australian and Queensland Governments are investing an additional $75 million towards the delivery of the Warrego Highway Upgrade from Oakey to Miles.

The $75 million stage two retail development in North Lakes, kicked off yesterday and is set to bring long-term employment and economic growth for the area. The development will be completed by Primewest, who will transform the 11,350 square meter site into a high quality retail space.

The tender for much-needed upgrades on the Heysen Tunnels in South Australia has been released to market, taking this $75 million project a step closer to beginning construction.