A new pedestrian and cycling bridge is going to be built soon as part of Queensland’s Cross River Rail development, providing vital connections from the new Boggo Road underground station.

The new Boggo Road Bridge will link the underground station to the busway, Park Road train station as well as to the Boggo Road health, science and education precinct and the new high school at Dutton Park.

The new active transport infrastructure is an important part of the State Government’s Economic Recovery Plan and it is being delivered as part of the Cross River Rail’s Boggo Road works along with four new underground stations.

“We’re building Cross River Rail – the largest infrastructure projects in Queensland’s history – not just to create jobs, but to make it easier for locals to travel throughout the southeast.

“Linking our public transport system with the hospital, new high school and the new science and education precinct will make it easier for many locals to get to work and access essential services,” Premier Annastacia Palaszczuk said. 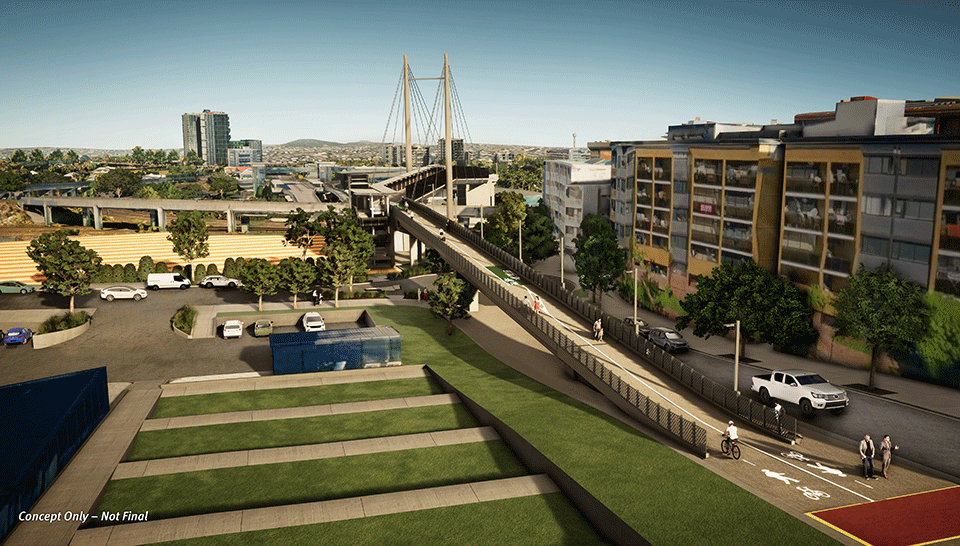 The Boggo Road Bridge will also connect the new and existing stations with the Princess Alexandra Hospital and the PAH South East Busway platforms to the east, providing people with better and more convenient pedestrian and cycling connections.

“The bridge will be a unifier for the local community as it soars over the railway junction and will make active travel safer, quicker and easier for local workers, residents and students.

“Crossing over both freight and passenger train lines, the bridge will be a feat of engineering and a standout signature element for an area that currently divides the community,” Minister for Transport and Main Roads Mark Bailey said.

Along with dedicated cycle and pedestrian paths, the new bridge will also have lifts on both the eastern and western sides, seating, shade and rest stops.

“The bridge will vastly improve the active transport connectivity for Southside Road between the UQ campus via the Eleanor Schonell Bridge and the V1 Veloway and Stones Corner.

“It is also yet to be named, which provides us with an opportunity for the public to contribute ideas.

“We’re calling on the local community to give us their suggestions – the bridge could be named after somebody local, who has a track record service and creating community connections, even someone linked to health, science and education or take a name that honours local First Nations culture,” Member for Greenslopes Joe Kelly said.

Name suggestions for the new bridge can be sent through the Cross River Rail website here. 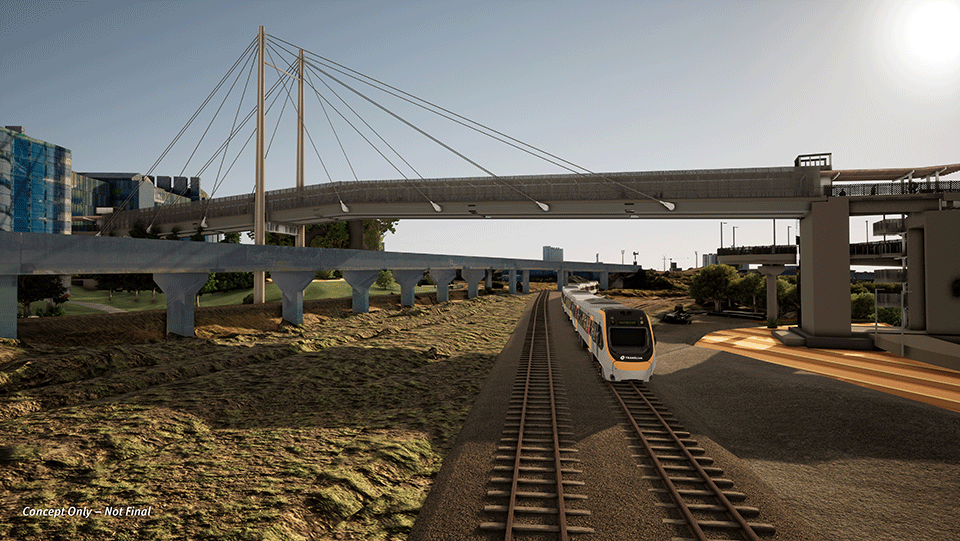 Once completed, the new bridge as well as the broader Cross River Rail development will transform how people will travel across South East Queensland.

“Cross River Rail is a truly transformational project – injecting $4 million a day into the economy by supporting jobs and industries across the state.

“The bridge and the new station it connects to will see Boggo Road become South East Queensland’s second busiest transport interchange, with over 22,000 commuters using the new station each weekday by 2036.

Weather permitting, construction on the new bridge will commence in March of this year and is expected to take up to 18 months to complete.

Two massive tunnel boring machines (TBMs) for Cross River Rail are set to break ground at Woolloongabba early next year and Queensland businesses are giving a hand to prepare these TBMs.