Shortlisted tenderers have been announced for the delivery of the $5.4 billion Cross River Rail in Queensland, marking another milestone for the project.

According to Acting Premier Jackie Trad, the announcement of the shortlist followed a comprehensive assessment of the Expressions of Interest received by the Cross River Rail Delivery Authority for the two major work packages for this massive project.

“Cross River Rail is a transformational project that will unlock the bottleneck at the core of our transport network and increase its capacity to delivery ‘turn-up-and-go’ public transport. 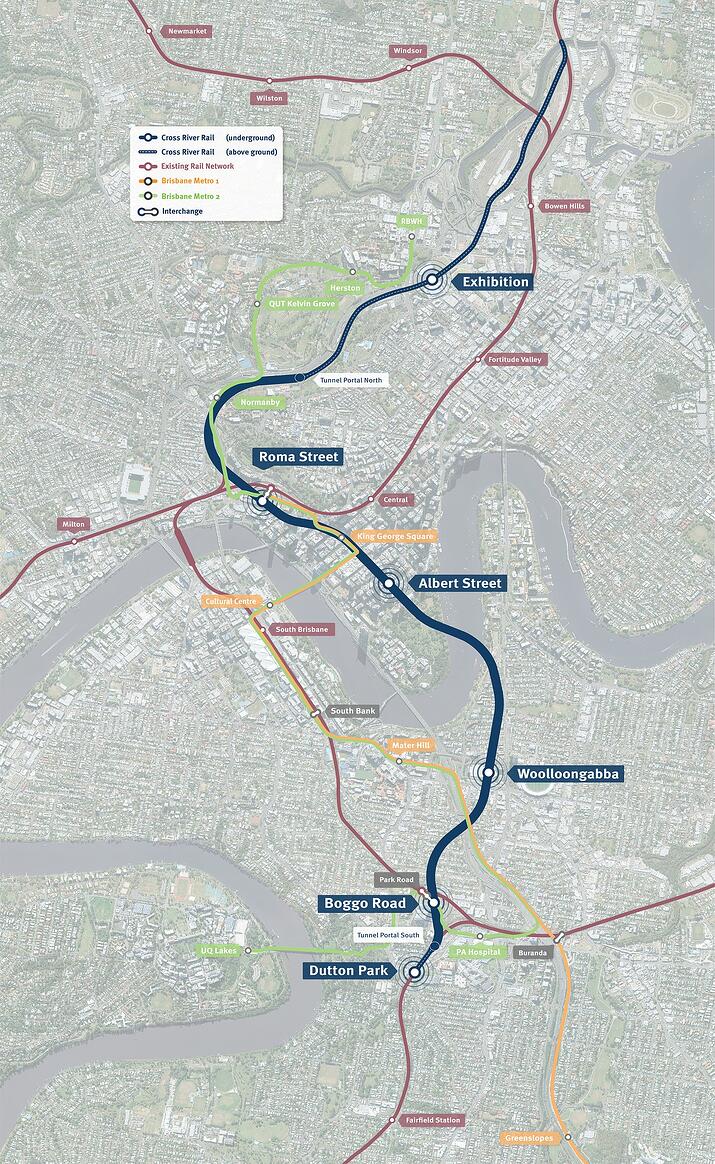 The two major works packages and the shortlisted tenderers are:

“Shortlisted companies will now be required to prepare detailed bids that demonstrate innovation and offer Queenslanders the highest possible value for money.

“Once the assessment process is complete, the consortia selected from these shortlists will be building this project,” Ms Trad said.

This multi-billion dollar project will be delivering a 10.2-kilometre rail line between Dutton Park and Bowen Hills. Cross River Rail will also include a 5.9-kilometre twin tunnel that will run under the Brisbane River and the CBD.

Scope of works under the TSD package will include:

On the other hand, works under the RIS package will include:

Early works on the project are underway at the Woolloongabba site - which will become the staging site for the Tunnel Boring Machines - as well as along the rail corridor.

Subscribe to Felix Project News today to stay up to date with the latest Cross River Rail updates and other industry news.

Victoria’s Melbourne Airport Rail development has reached a new milestone with Expressions of Interest (EOIs) for two major sections of the project released to market.