Atlas Copco has set a new benchmark in operator safety with the launch of the newest zero-emissions underground loader, the Scooptram ST7 Battery. 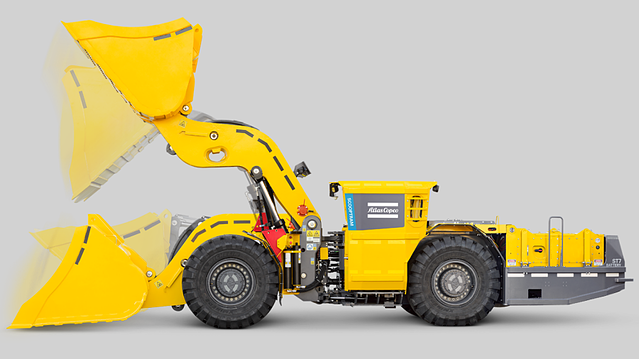 The Scooptram ST7 Battery overcomes challenges faced with existing electric scoops because it does not need to be tethered via an electrical cable. The loader also hosts several automated functions, including ability to control multiple loaders from a safe, remote location and the ability to plan and repeat the perfect production cycle every time.

Atlas Copco has said, given that loaders are commonly used in dead-ends of mines that are difficult to ventilate, a battery-operated loader was an obvious choice when developing their first product of this type.

Hidden benefits of battery-operated equipment include a reduced environmental footprint, higher worker satisfaction and a better standing in the community and such equipment may eventually lead to the redesign of mines.

The Scooptram ST7 Battery will be launched in early May at MassMin 2016, and introduced in North America before it is gradually rolled out globally.

We’ll be waiting in anticipation for one of our suppliers to list this battery-operated loader, but in the meantime, if you’re looking to hire a regular underground loader, you can do so here.

Onsite Rental Group has been awarded a contract valued at almost $30 million to provide ancillary as well as light mobile equipment (LME) across Rio Tinto Iron Ore’s Pilbara and coastal operations over the next three years.

Slattery Asset Advisory and Slattery Auctions and Valuations is a proudly independent, family run business.  We are the leading provider of premium asset advisory and remarketing services in Australia and Asia Pacific.

BHP gets green light to develop Venus mine in WA

The Western Australian Government has given approval to the development of BHP’s Venus nickel mine in the northern Goldfields, near Leinster, which will feed the mined nickel sulphate to BHP’s Nickel West battery chemicals operations.