“The Murdoch Drive Connection is a long planned project required to support the ongoing economic development of the Murdoch Activity Centre, which has the potential to become the largest employer in the Metropolitan Area outside of the Perth CBD.

“The project will support an estimated 700 jobs and will lead to shorter and more predictable journey times for those who work or live in the Murdoch precinct, as well as visitors to patients of Fiona Stanley Hospital,” Federal Minister for Urban Infrastructure and Cities Paul Fletcher said.

Mr Fletcher added that this connection will be providing better access for those going into the precinct from the south and east as well as complement the vital upgrades on Kwinana Freeway. 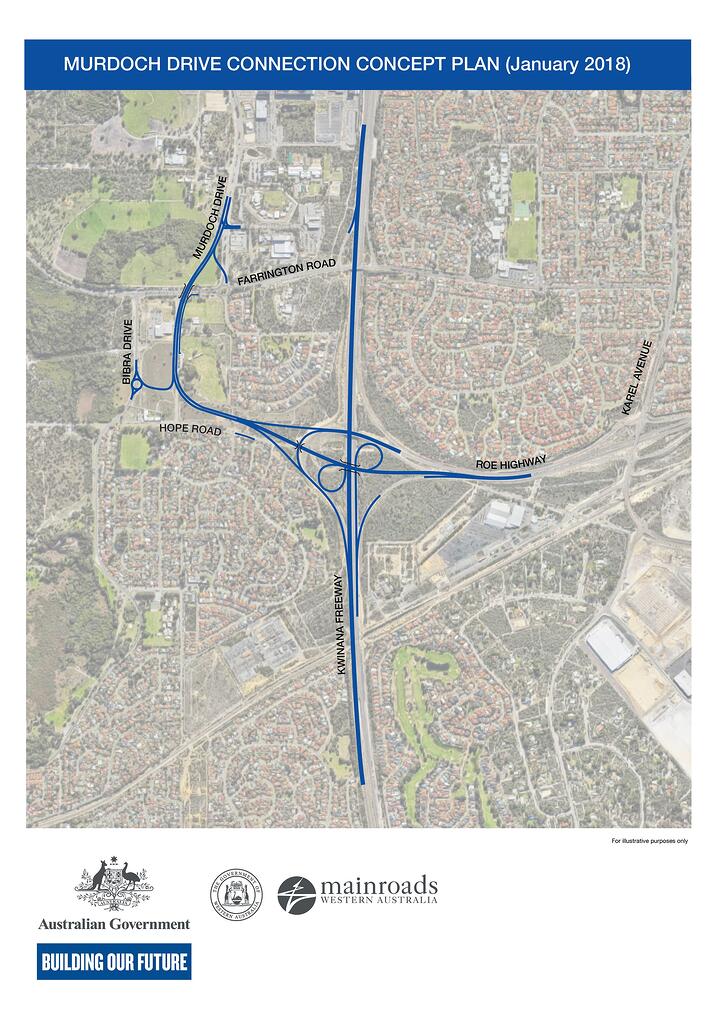 According to Western Australian Minister for Transport Rita Saffioti, the concept design for this project has been carefully refined since it was announced in May 2017.

“The finalised concept design for the Murdoch Drive Connection balances the core project requirement of improved, two-way access to the Murdoch Activity Centre from Kwinana Freeway and Roe Highway, and the concerns raised by the local community of additional traffic movements on local roads,” Ms Saffioti said.

Early works – including earth works and establishment of a site office – are already underway to prepare the site for major construction activities in early 2018. The project is due for completion in 2019.

Stay up to date with the latest industry news, trends and project updates by subscribing to Felix Project News today.

Contractors are now being invited to submit their interest to tender for the $24.9 million Osborne Park Hospital expansion in Western Australia, progressing the project towards the next stage of the development. The first artist impression for the project has also been released to the public.

METRONET Thornlie-Cockburn Link is one step closer to construction

Environmental approval has been granted by the Department of Environment and Energy to METRONET’s Thornlie-Cockburn Link (TCL) in Western Australia and with all necessary State and Federal approvals in place, the project is one step closer to beginning major construction works.

Another major milestone has been reached by OZ Minerals’ $916 million Carrapateena copper-gold project, with the mining lease already granted by the South Australian Government. The Australian Government has also given the Environmental Protection and Biodiversity Conservation (EPBC) Act approval for the project.