$300m Calvary Adelaide Hospital contract has been locked in

The new 12-storey, 350 bed facility will be the largest private hospital ever built in South Australia and will replace the existing Calvary Wakefield Hospital.

Work is set to commence in the coming months and more than 500 jobs are expected to come from the two-year construction. 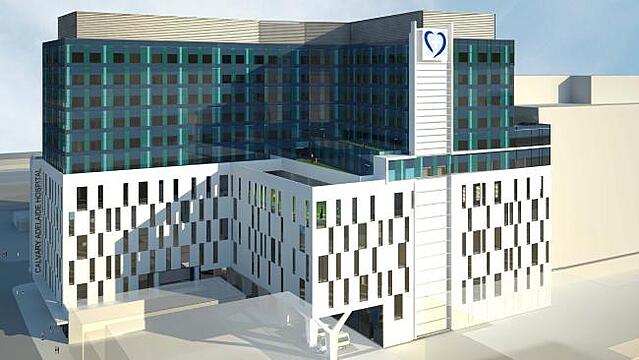 John Holland adds this project to its list of works on major Australian hospitals, including the Perth Children's Hospital, Lismore Base Hospital and the Sunshine Coast University Private Hospital.

The hospital will be developed by John Holland and Commercial & General, and leased back to Calvary on a long-term contract.

John Holland will both construct and invest in the new hospital.

Executive General Manager, Development & Investments, Tom Roche said that the contract "to deliver a fully integrated design and construction and commercial solution" is evidence of the company's ability to provide end-to-end solutions to clients which it intends to continue providing.

Stay tuned for any updates by subscribing to Felix Project News.

A new 20-storey office building at 83 Pirie Street in Adelaide, South Australia is now under construction, and the $300 million project is expected to create approximately 2,000 jobs during its construction phase.

SkyCity has been given the green light for its $300 million proposed Adelaide Casino redevelopment on North Terrace, including an 80-room luxury hotel overlooking the Torrens River.

Construction of $300m office building in Adelaide to create 2000 jobs

A new 20-storey office building is going to be built in Adelaide, South Australia which will create thousands of jobs during its construction as well as deliver long term savings for South Australian taxpayers.