Private company Riverlee Group has been given approval for a $450 million redevelopment of the Northbank Goods Shed on the Yarra River in Melbourne, Victoria.

The project will involve refurbishing the heritage-listed Goods Shed 5, maritime crane and timber wharf that was built back in 1895. The development will also include a hotel, apartments, function centre, retail and a 3,500-SQM public park – which was designed by Fender Katsalidis together with heritage consultant Lovell Chen.

A 17-storey tower – originally was 14-storeys – is going to be built as part of the project and it will house a 180-room hotel as well as 250 apartment units.

“[On Tuesday evening] our premier revitalisation project, Northbank Goods Shed, was given the tick of approval by City of Melbourne’s Future Melbourne Committee.

“We are excited to see this site of such historical and social significance reach its next important development milestone, with the site now one step closer to becoming a new world-class waterfront precinct,” Riverlee Development Director David Lee said. 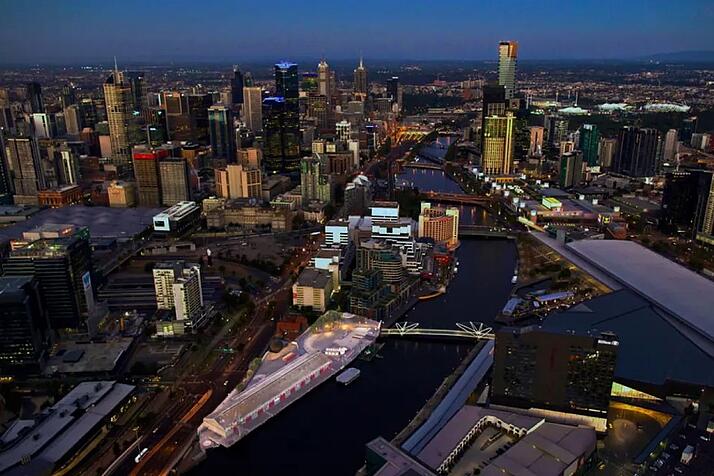 The public park included in the project will connect the missing pedestrian link between the Docklands and the Yarra River’s Northbank area. On the other hand, Goods Shed 5 is going to be restored and repurposed to become a premium waterfront event space that will celebrate the original roof trusses. The heritage-listed crane on the development site will also be retained and restored.

This redevelopment will restore and structurally reinforce approximately 220 metres of the wharf, potentially extending its lifespan to about 50 years. Plans for the project also include integrating a pontoon to the wharf in order to promote waterfront activation.

Construction on the project is expected to commence later in 2018.

What do you think of this redevelopment project on the Yarra River? Let us know your thoughts in the comments section.

The $450 million first stage of the Solar River Project near Robertstown, South Australia is set to begin construction in May, with Downer appointed as the contractor to deliver the works.

Victoria’s Northbank Goods Shed precinct beside the Yarra River is set to be revitalised with property developer Riverlee given the approval to proceed with its $450 million ‘Seafarers Place’ development.

Works are expected to commence early next year on a large-scale solar farm and battery storage in South Australia’s Mid North, with the project granted the necessary approvals for development. The South Australian Government and the Ngadjuri Nation Aboriginal Corporation have also expressed their support for this renewable energy project.