We take a look at five landmark building projects that are planning proposals or have recently lodged Development Applications with the Brisbane City Council. 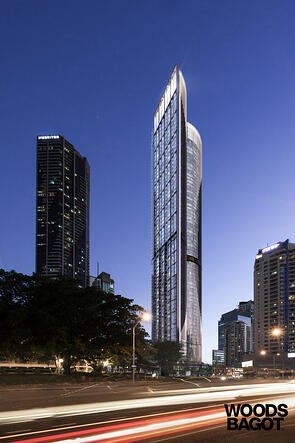 Property Development Systems Australia lodged a Development Application in late February to build a billion dollar skyscraper known as Queen's Tower that will encompass luxury residences, premium short-term accommodation and a new shopping and dining precinct on Queen St in Brisbane's CBD. The DA number for this development is A004333299. 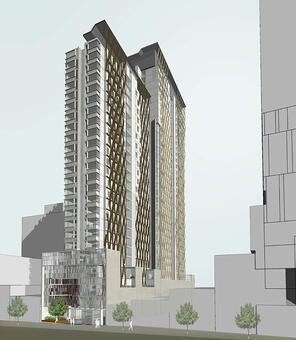 El Camino Priority I Pty Ltd submitted a new Development Application in December to build two towers (25 storey and 32 storey) for premium student accomodation on Elizabeth Street. The DA number for this development is A004280556. 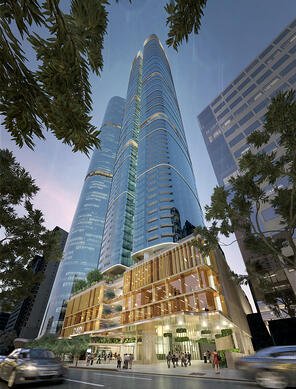 World Class Land, a leading developer in Singapore, has lodged a initial documentation to build a 91 storey residential building on Margaret Street. The tower would reach the maximum-height limit of 274 metres and would, in effect, be a twin to the adjoining Brisbane Skytower. The DA number for this development is A004329531. 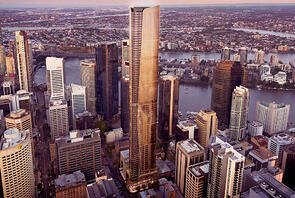 Brisbane-based Aria Property Group has proposed it’s first 80-storey residential tower in the Brisbane CBD, located at 171 Elizabeth Street. Soaring 80 storeys high, the new tower is planned for the corner of Elizabeth and Edward Streets, which currently the site of several luxury retail boutiques. The DA number for this development is A004280600.

onsortium lead by AEG’s Australasian arm AEG-Ogden, the world's largest entertainment venue operator, is planning a new $400 million entertainment venue in the heart of the city. AEG is responsible for venues like the Barclays Center in New York, the 02 Arena in London,  "Brisbane, a city with a metropolitan population of 2.3 million and a regional population of 3.4 million has no dedicated CBD or inner city based entertainment arena and is seen as a huge potential money cow" says Brisbane Development.

With projects like these in the pipeline, it's important to know you've got the collateral that best represents your business capabilites. Check out our free guide, created from a QLD State Planning Tendering workshop, that helps local businesses prepare for valuable project opportunities.

The first sod has been turned to signal the beginning of major construction activities on the $158 million Brisbane International Cruise Terminal at the Port of Brisbane, Queensland.

Plans unveiled for $2b Entertainment Arena Precinct in Brisbane

AEG-oden, a subsidiary of the world’s largest entertainment venue operator AEG, will present plans to the QLD Government this week for a massive $2b ‘Brisbane Live’ ultra-entertainment precinct.

The precinct will be built above the Roma Street rail lines, making use of valuable air space above the lines as well as the connectivity that Roma Street has to every rail line in the SEQ rail network.