Once completed, the new smart city is going to deliver more than 12,000 smart jobs as well as educate 10,000 students and provide approximately 3,000 homes.

“We’re creating an ecosystem that will house some of the nation’s leading scientific institutions and providing educational opportunities for Western Sydney, such as our STEM school, that haven’t been seen before.

“Our goal is to cement Sydney Science Park, and Western Sydney, as the nation’s leader when it comes to education, innovation and sustainable communities,” Celestino Chief Executive John Vassallo said. 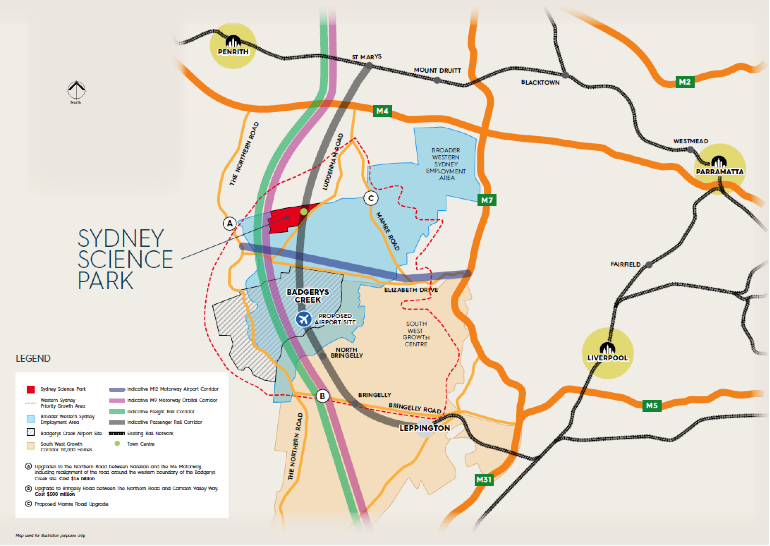 With the future Aerotropolis, Western Sydney is set to become Australia’s economic powerhouse with an estimated 200,000 knowledge jobs to be created at Badgerys Creek.

“We are now seeing the economic impact of the Western Sydney Airport in full effect.

According to Federal Minister for Urban Infrastructure and Cities Paul Fletcher, the developments springing around the new Western Sydney Airport - including Sydney Science Park - is driving more businesses, activity and jobs toward the region.

“In building Western Sydney Airport the Turnbull Government is not just delivering more aviation capacity for Sydney and fairer access to air travel for the people of Western Sydney; we are also driving more businesses, more jobs and more activity for Western Sydney,” Mr Fletcher said.

The first stage of the $5 billion development will include a mix of residential, educational, commercial and open spaces. The commercial establishments will comprise of retail, commercial, co-working spaces, education, childcare as well as short term residential accommodations.

The buildings will also feature ultra-clean laboratories which can be operated to a standard that is capable of producing vaccines and serve as home to the Birling Avian Laboratory - which is responsible for avian research, development and testing.

More than 170 homes are going to be built as part of the first stage of the Sydney Science Park, together with a one-acre central park and the STEM-inspired school.

The development’s first commercial building, along with the STEM school, is projected to be completed and operational by 2021.

What do you think of this massive development? Let us know your thoughts in the comments section below.