Victorian motorists will soon travel through a straighter and safer South Gippsland Highway with construction anticipated to commence in early 2020 on a $115.2 million road realignment project.

In addition, CIMIC Group’s CPB Contractors has been awarded the contract to upgrade the South Gippsland Highway between Koonwarra and Meeniyan - which is locally known as the Black Spur.

“The sharp bends of the Black Spur have contributed to a history of crashes on the highway.

“This is all part of the Federal Government’s $100 billion pipeline of infrastructure projects getting people to where they need to be sooner and safer,” Deputy Prime Minister and Minister for Infrastructure, Transport and Regional Development Michael McCormack said.

This multi-million dollar project will include:

“We’ve listened to the community’s concerns and selected a route that significantly improves safety for road users.

“The project will also provide a major boost to the local economy, supporting up to 100 new jobs during construction,” Federal Member for Monash Russell Broadbent said. 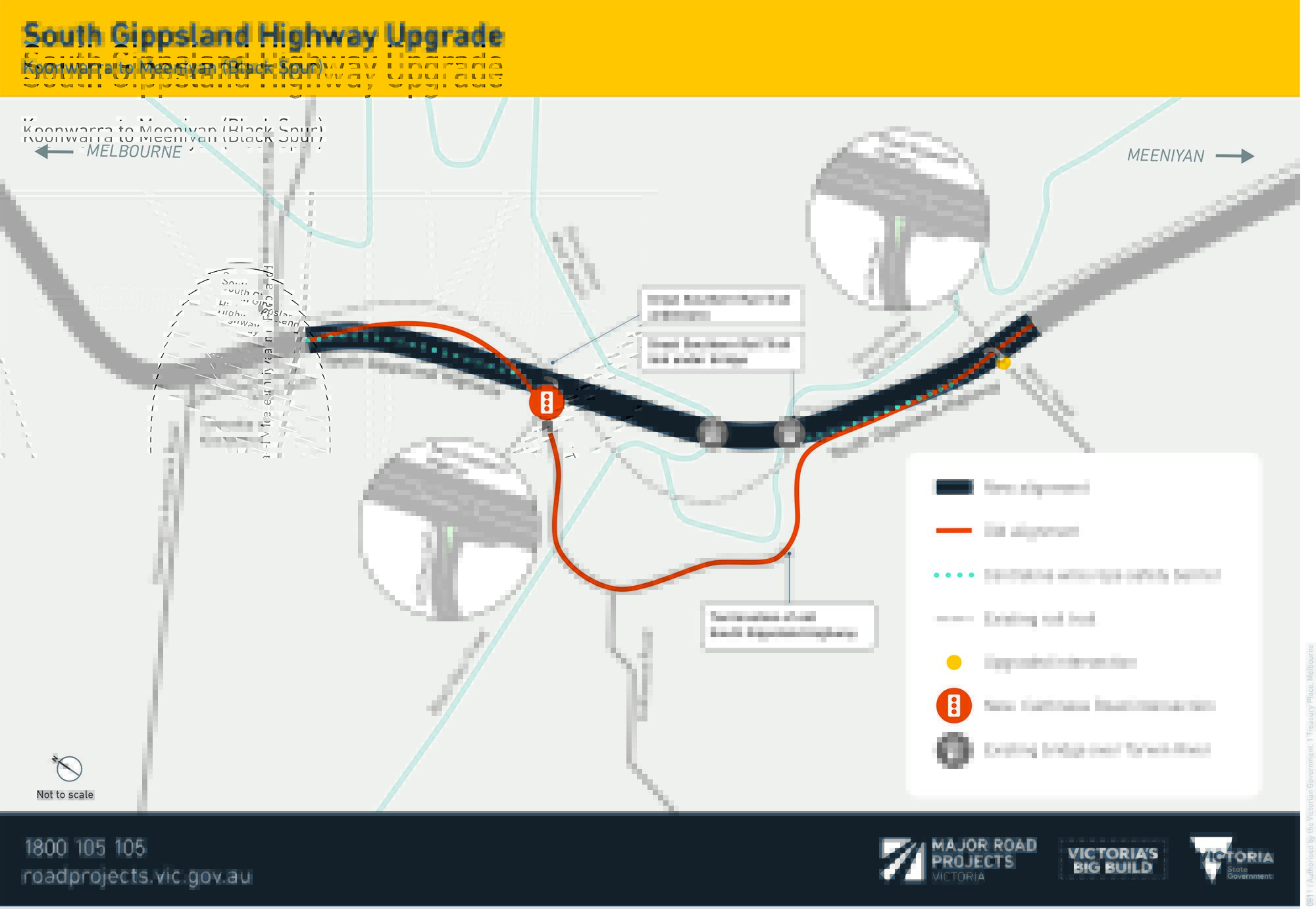 According to Minister for Transport Infrastructure Jacinta Allan, motorists travelling to popular Victorian tourism destinations - such as Wilsons Promontory and Venus Bay - will also have significant benefits from the upgrade.

“This upgrade is a big win for freight and tourism operators who’ll benefit from reduced travel times and the improved reliability of the road network.

Once upgrades, local drivers will be able to have safer and more reliable journeys through this section of the South Gippsland Highway.

“The renowned bends on these parts of the highway has resulted in frequent run-off-road crashes, delays and safety concerns. These works will mean a safer journey for the thousands of drivers who use the highway every day,” Victorian Member for Eastern Victoria Jane Garrett said.

The contract to build the project was awarded to CPB Contractors following the completion of comprehensive environmental assessments that ensures the protection of local vegetation as well as the environment - the Strzelecki Gum and Australian Grayling in particular.

As part of the Cultural Heritage Management Plan approved in June 2018, an extensive cultural heritage salvage investigation has been completed, and the works were undertaken by local Aboriginal groups and archaeologists for better understanding of the cultural and historical significance of the region.

Any artifacts that have been salvaged will be analysed to gain insight into the area’s cultural history.

The South Gippsland highway realignment between Koonwarra and Meeniyan is jointly funded by the Australian and Victorian Governments.

The delivery of Victoria’s multi-billion dollar Metro Tunnel project is well underway and it is expected to create an additional 2000 jobs, bringing the count to 7000 during peak construction.