The first stage of Victoria’s Geelong Fast Rail is progressing well as geotechnical investigations get underway along the Werribee corridor, which is vital to determining the best outcome for the project.

By the end of this year, approximately 40 boreholes are going to be dug – each having a depth between 3 metres and 25 metres – as part of an extensive site investigations program that includes site inspections, surveys, geotechnical drilling and sampling.

“The information gathered will help to inform ongoing planning and design work to refine the scope, cost and timing of the first stage of Geelong Fast Rail, which will cut travel times between Geelong and Melbourne to around 50 minutes.

“Site investigations will take place primarily within or near the rail corridor at locations from Newport to Werribee, with around 300 individual locations earmarked for a combination of boreholes or cone penetration tests, all of which are carefully controlled geotechnical investigations and minimally disruptive. 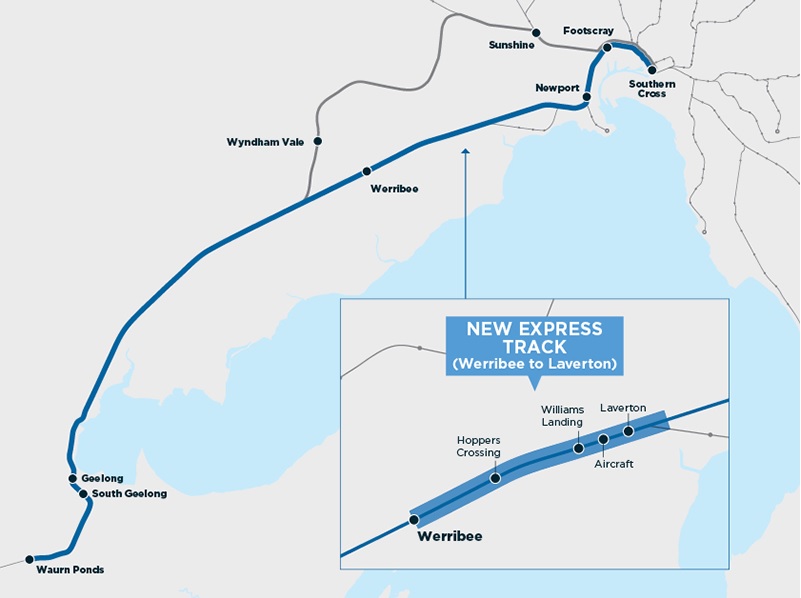 Stage 1 of the Geelong Fast Rail development will include:

The Werribee route has been chosen as the preferred route for the future Geelong Fast Rail and once completed, it will provide the shortest and most direct rail link between Geelong and Melbourne. This route is approximately 8 kilometres shorter than the current route that passes through the western suburbs via Sunshine.

Through the 2020/21 Victorian Budget, the State Government has committed $2 billion towards the first stage of Geelong Fast Rail to match the Australian Government’s $2 billion funding injection.

Rail Projects Victoria has also commenced the market engagement process that will collect feedback from industry to help finalise the best procurement approach for this project.

The first stage of market engagement will include registrations of interest from “suitably experienced and qualified organisations interested in tendering” for works on the Geelong Fast Rail project. This includes design/engineering, construction as well as rail systems/rail infrastructure providers.

The ICN Gateway company registration has also been opened for local suppliers and contractors that are not part of a consortia but are interested in getting involved in the delivery of the Geelong Fast Rail.

More information on the procurement for Geelong Fast Rail can be found here.

In May of this year, Rail Projects Victoria announced that about 70 companies – both local and international – have registered their interest to deliver Stage 1 of the project.

These companies have a range of specialisations including construction, engineering and rail systems.

Subject to relevant State and Federal Government approvals, initial works on this project is anticipated to commence in 2023.

Construction on the $1.8 billion Western Roads Upgrade in Melbourne’s west is set to commence with the Netflow consortium announced as the preferred builder.

Expressions of Interest has been called by the Victorian Government for the western package of the $1.8 billion Outer Suburban Arterial Roads (OSARs) Program.