Extensive geotechnical investigations have been completed and major works on Melbourne’s $10.9 billion Metro Tunnel project is set to begin in April.

“Melbourne needs the Metro Tunnel and we’re getting on with it. Geotechnical investigation is now complete and major work about to start.

“This project will create thousands of local jobs and free up space in the City Loop to run more trains, more often across Melbourne,” said Premier Daniel Andrews

Over 270 boreholes up to 50 metres deep have been drilled up over the past two years along the Metro Tunnel route. The rock samples collected during the dig provided critical information about the ground conditions under the city which, in turn, will influence the design and construction of the Metro Tunnel as well as five new underground stations. 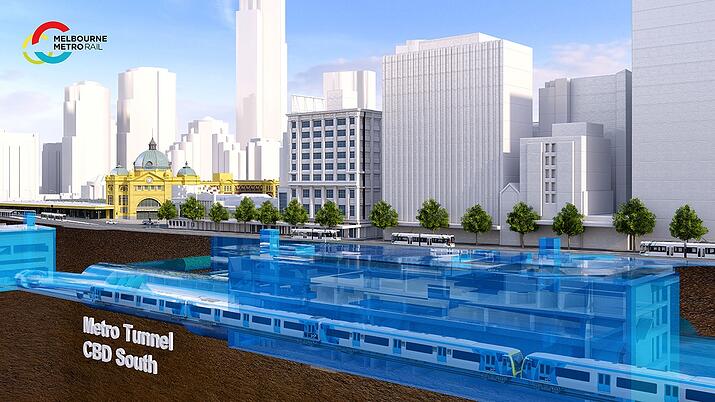 City Square will be surrounded by hoarding early next month and it will be closed for the next few years to enable construction crews to dig over 11 storeys below the city to build the underground station.

Construction at Franklin and A’Beckett Street will also continue in April as well as in and around St Kilda Road at Domain.

The acceleration of construction on Metro Tunnel will coincide with the construction blitz across the State, affecting services on the Cranbourne, Craigieburn, Frankston, Pakenham, Sandringham and South Morang lines.

Services on a number of regional lines will also be disrupted, including the Geelong and Warrnambool lines to enable $4.4 million worth of signalling and track works in mid-April.

“These works are building a better transport system to get you home sooner every night. I know they will be disruptive but they will be worth it,” said Minister for Public Transport Jacinta Allan.

A $2 billion investment from the Australian Government is set to make a fast rail from Melbourne to Geelong into reality. The proposed high-speed train is anticipated to make travelling between Melbourne and Geelong last for only 32 minutes.

John Holland, as part of the Metro Trains Melbourne (MTM) joint venture, has been awarded a new 7-year contract to operate and maintain the Melbourne rail network. The joint venture comprises of MTR Corporation, John Holland and UGL Rail Services.