The Australian Government has granted BCI Minerals a Major Project Status for its Mardie Salt and Potash Project Western Australia’s West Pilbara, which is anticipated to create hundreds of jobs for the region.

The Major Project Status is going to be valid for three years and it will provide the company with support from the Major Projects Facilitation Agency get through a timely and efficient approvals process for the Mardie Project’s development.

“We are pleased that Mardie has been acknowledged as a project of national significance by the Australian Federal Government. The recently completed DFS indicated that Mardie is a potential Tier 1 project, and the grant of major project status further supports this view.

“The development of Mardie will deliver substantial long-term public benefits over a potential operating life of 100 years in the form of significant employment and contracting opportunities, and billions of dollars of royalties and taxes. This support from the Federal Government will make a meaningful contribution towards Mardie becoming the first large-scale salt project to be developed in Australia in more than 20 years,” BCI Managing Director Alwyn Vorster said. 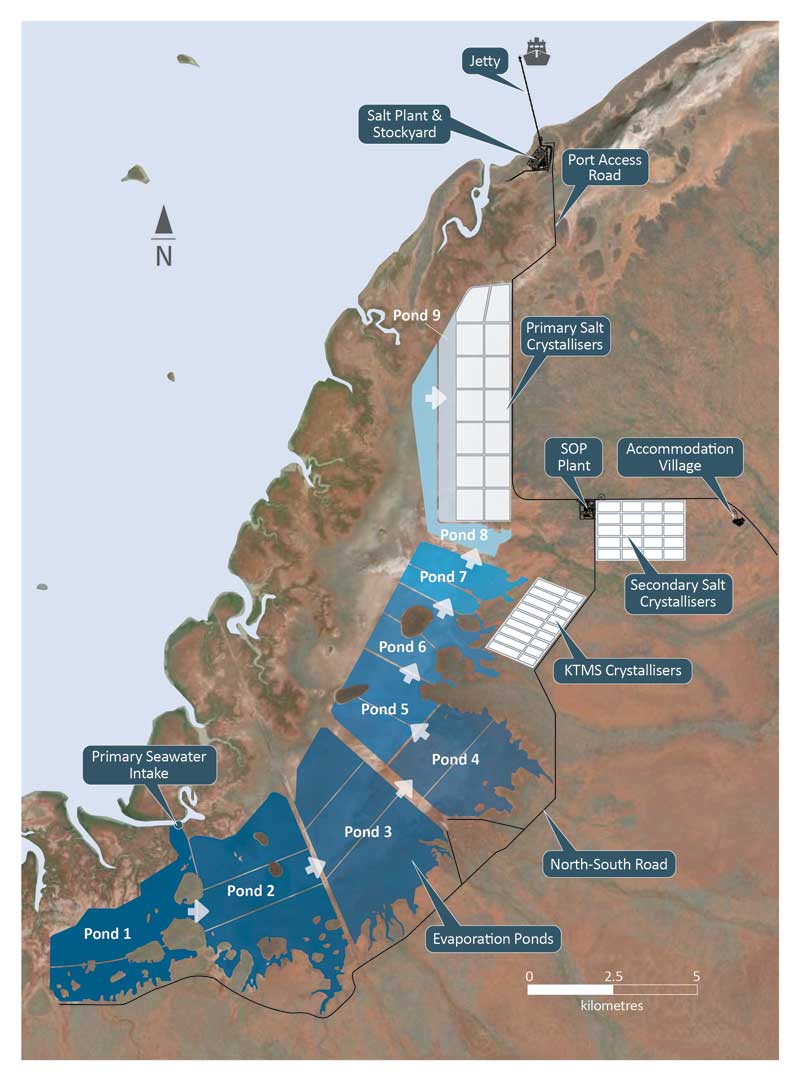 The Mardie Salt and Potash Project is located about 100 kilometres south west of Karratha. Once completed, it is expected to produce over 4 million tonnes of high-purity salt as well as 100,000 tonnes of potash fertiliser annually.

“The Morrison Government is pleased to support this project which has the potential to expand Australia’s vital chemical and agriculture industries.

“Not only will the development create about 450 jobs during construction and 200 jobs over its operating life, it will also support critical supply chains and deliver exciting export opportunities,” Minister for Industry, Science and Technology Karen Andrews said.

A new transshipment port – located within the Pilbara Ports Authority controlled Cape Preston West Port area – adjacent the Mardie Project will enable exports from the salt and potash facility. The new port will also be made available to others and this will potentially unlock further deposits of iron ore and other minerals in the region.

Minister for Resources, Water and Northern Australia Keith Pitt said that communities in the regions of Karratha, Dampier and Onslow will receive significant economic benefits from this project.

“Projects such as this are important to the economic health of regional communities in the north and complement the Australian Government’s efforts to develop northern Australia.

BCI Minerals is targeting Final Investment Decision in early 2021 and construction on the Mardie Salt and Potash Project to begin by mid-2021. First salt sales is expected by mid-2024 while first salt of potash sales projected by mid-2025.

Lily D'Ambrosio's recent press release regarding Esso Australia's $400 million Longford pipeline replacement project has revealed exciting news for locals in the Rosedale area. Announcing that the project is set to create around 500 jobs and benefit local suppliers in Gippsland with material and services being sourced locally where possible.

Property developer Gurner has chosen Icon Co. as the head contractor for the final stage of the three-tower $90 million ‘FV’ No.1 project in Fortitude Valley, Queensland.

Stanmore Coal’s $90 million Isaac Downs mining project has been declared a prescribed project, taking the proposed development a step closer to creating hundreds of jobs as well as providing a regional economic boost to Central Queensland.