New South Wales’ Port Botany rail line duplication project is a step closer to being built, with the tender to design and construct the project released to market and three companies have been shortlisted to submit formal tenders.

The three shortlisted companies include:

This significant infrastructure project – led by the Australian Rail Trac Corporation (ARTC) – is set to create much-needed local jobs as well as a long-term boost to freight productivity in the region.

“The Australian Government is fully funding the $400 million Botany Rail duplication and accompanying Cabramatta Loop Project to allow for more freight to be transported by rail through Port Botany to meet Sydney’s future freight demand.

The rail duplication project is anticipated to create up to 400 jobs during its construction phase and will provide a boost to all local businesses that utilise the rail line to get their products to market.

A wide range of local jobs will be involved in the delivery of this significant infrastructure project – including traffic controllers, track workers, labourers, security, engineers as well as a number of trades such as electricians, formwork carpenters, boiler makers and plant mechanics.

“We know every single job we support makes a world of difference to that person, their family and the entire community, which is why I am thrilled to see this project launch into the construction phase – with this tender release to market paving the way for works to start next year.

“This [is] a great example of how our record $100 billion nationwide investment in infrastructure is creating local jobs and driving growth right when it’s needed most,” Minister McCormack said.

In August of this year, the State Government approved the new detailed plans for both the Botany Rail Duplication and Cabramatta Loop Project. You can read more about it here. 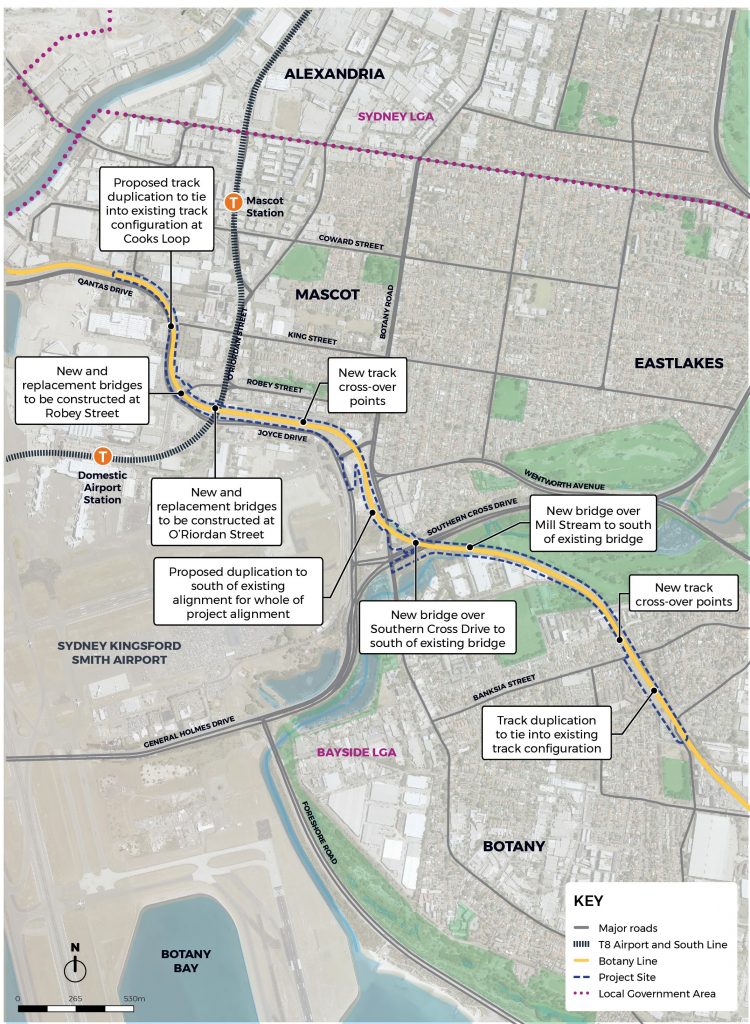 The Botany Rail Duplication will include:

“COVID-19 has demonstrated the essential contribution of Australia’s freight industry and supply chain, driving economic growth and opportunity by getting local goods to markets and keeping shelves stocked.

“Australia’s freight requirements are set to grow significantly over the coming decades. While this is great news for the industry and the Australian economy, it will place increasing pressure on our roads.

“I look forward to this transformative project getting underway so that Sydney, New South Wales and our national supply chain can reap the benefits,” Finance Minister Mathias Cormann said.

The Botany Rail Duplication is due to be completed in late-2024.

The tender for the delivery of the Cabramatta Loop Project is due to be released to market later this year and is expected to be completed by mid-2023.

The first sod has been turned and major construction works are now underway on the $35 million Riverway Drive duplication between Gollogly and Allambie Lane.

The contract for the $34.2 million Bill Fulton Bridge duplication on Cairns Western Arterial Road has been awarded and construction is on track to begin in November. The preferred builder for this project is a joint venture comprising of Albem Operations and Highway Construction.

The Western Highway duplication project between Buangor and Ararat is set to restart construction this year, after a new planning amendment was approved.