Main Roads WA has awarded WBHO Infrastructure a $36 million contract to design and carry out works on 15 new passing lanes between Southern Cross and Kalgoorlie on the Great Eastern Highway.

“WBHO is excited about working with Main Roads, local communities and businesses to deliver a high quality asset on time and safely, while minimising impact on traffic and the environment,” said WBHO’s General Manager Western Region Will Grobler. 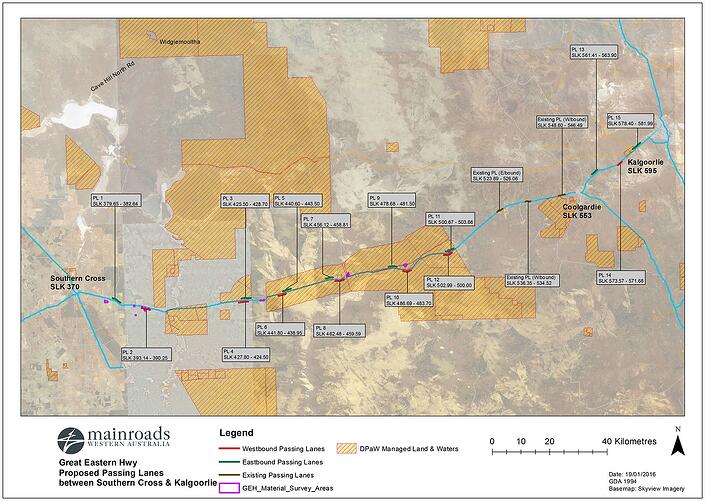 WBHO will deliver 44 kilometres of passing lanes distributed throughout the 225 kilometre section of the highway, which will significantly improve the road’s safety and transport efficiency. Eight new eastbound as well as seven westbound lanes, each with an average of three kilometres will be constructed.

“The project will deliver significant improvements to this important route. The highway is the key link between Perth and the eastern states and more than 1,200 vehicles use it daily. Providing more passing opportunities will enhance safety and improve the efficiency of freight movements,” Mr Grobler said.

This project was funded by the State Government’s Royalties for Regions program.

Work has already began and construction is expected to be completed by March 2017.

MACA Limited and its subsidiary, MACA Interquip, has recently secured a number of contracts for infrastructure and civil works on various projects in Western Australia and Victoria.

Regis Resources Limited has awarded a five-year extension contract valued at approximately $590 million to MACA Limited. The contract is for open pit mining services at the Duketon South gold operations located near Laverton in Western Australia.

The New South Wales Independent Planning Commission (IPC) has given the green light to Whitehaven Coal Limited for the development of its Vickery Extension Project in the State’s north west region.