The RIA package of works will include building the two entrances at each end of the Metro Tunnel in Kensington and South Yarra. This package will also deliver a new platform at West Footscray as well as associated suburban rail upgrades to help maximise the benefits of the Metro Tunnel with more services for all passengers.

Once completed, thousands of passengers on the Cranbourne, Pakenham and Sunbury lines will be passing through the entrances every hour before they head underground to board High Capacity Metro Trains that will run through twin nine-kilometre tunnels.

Turnbacks at West Footscray and Hawksburn stations will be built to allow for services to begin and end at these stations during timetabled peak hours for the first time, eliminating the need to travel further down the line. 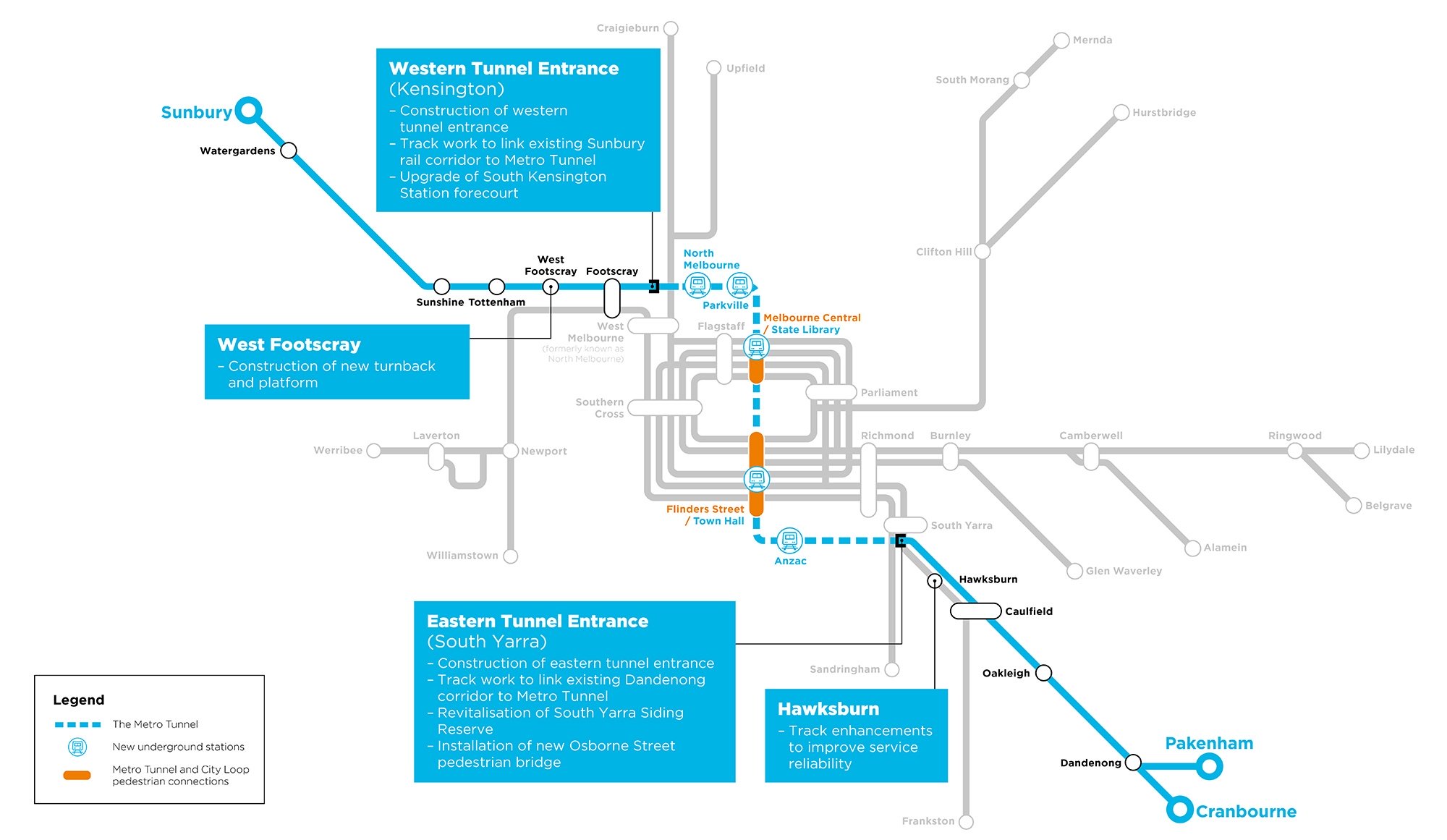 In July of this year, a consortium comprising of John Holland, CPB Contractors and AECOM was awarded the contract to deliver the RIA works package - the last major contract for the multi-billion dollar Metro Tunnel project.

Currently, there are about 50 workers preparing the sites for construction, with over 150 workers expected to be on site by the end of October.

Approximately 1,000 people will be working on the RIA package and it will include up to 100 apprentices, trainees and engineering cadets.

Works under the RIA package are expected to be completed together with the completion of tunnels and stations, and ready to open by the end of 2025.

Once the Metro Tunnel is completed, it will be able to help reduce delays, cancellations, waiting times as well as overcrowding across the metropolitan rail network by giving the busy Cranbourne, Sunbury and Pakenham lines - Melbourne’s three busiest lines - a new underground route through the city to free up space in the City Loop for other train lines.

Metro Tunnel will be able to carry an additional 504,000 passengers during peak times each week across the rail network.

“The Metro Tunnel will completely transform Melbourne’s rail network, delivering a turn-up-and-go train system that will compare favorably with the great cities of the world.

The final contracts to get major works underway on the multi-billion dollar Metro Tunnel project in Victoria have been signed.