Construction has begun on the missing link in the Darebin-Yarra Creek Trail which will connect 600 kilometres of pedestrian and cycling paths for the local community across north and east Melbourne.

Coleman Rail will be delivering this project as part of the second stage of the $18 million Darebin Creek Trail project.

"Building the missing link in the Darebin-Yarra Trail has been talked about for decades - now we're getting it done," said Minister for Roads and Road Safety Luke Donnellan

The new path will extend from Napier Waller Reserve in Ivanhoe through Latrobe Golf Course and then into Willsmere Park, which will connect with the Main Yarra Trail in Kew East near the Eastern Freeway.

Once the final section of the Darebin-Yarra Train is completed, cyclists travelling to the city as well as the inner eastern and northern suburbs will have a safer and more direct route to take every day. 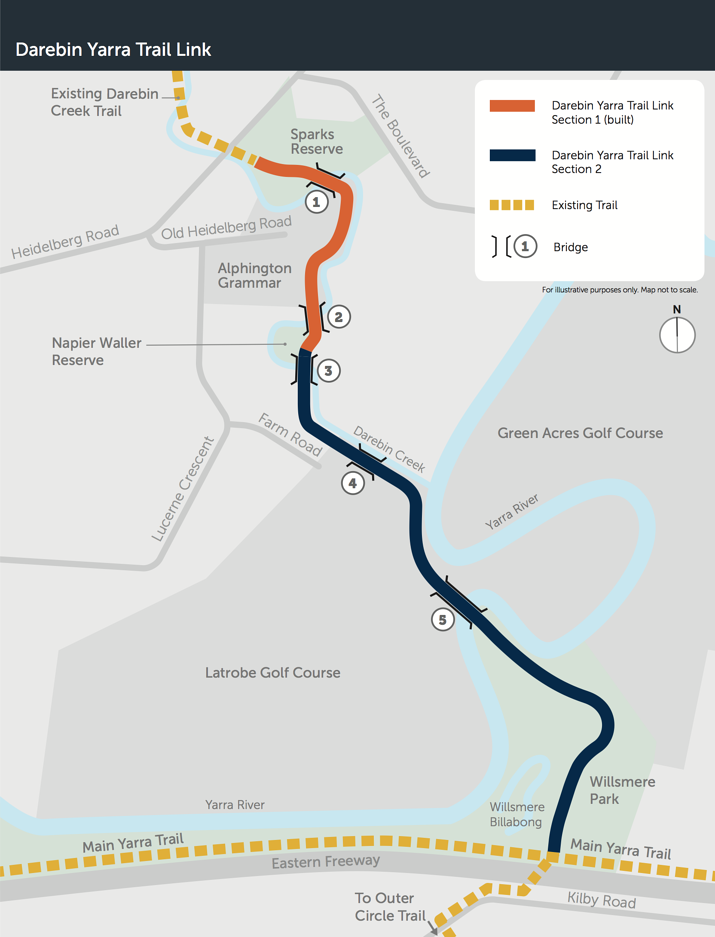 "Hundreds of cyclists will benefit from a safer and quicker journey every day, once we unlock and better connect one of Melbourne's most popular trails," Mr Donnellan said.

Included in the works is a 200-metre bridge which will connect Latrobe Golf Club to Willsmere Park as well as a 50-metre bridge over the Yarra River. The gap in Melbourne’s Principal Bicycle Network will be removed as well by creating a connection to Anniversary Trail, Capital City Trail, Koonung Trail, Gardiners Creek Trail, Merri Creek Trail, Plenty River Trail and Diamond Creek Trail.

This project will also provide cyclists using the Heidelberg Road a safer off-road path to connect to the Mail Yarra Trail.

"Local cyclists have long fought for the completion of this trail. We are connecting communities along our beautiful waterways; the Yarra River and the Darebin Creek," said Member for Ivanhoe Anthony Carbines.

The Darebin Trail is expected to open to the public in late 2017.

$18m Rio Tinto mine expansion to create jobs in Pilbara

The WA Government has given Rio Tinto the thumbs-up to extend their Western Turner Syncline (WTS) mine in the Pilbara, near Tom Price.

Barminco Holdings Limited and Independence Group NL (IGO) have announced the beginning of works to develop the Bollinger section of the Nove project, Norseman in Western Australia.

Another milestone on the $18.275 million Exmouth Boat Harbour upgrade in WA has been reached as works on the project progresses. Transport Minister Dean Nalder has announced that after an extensive EOI and tender process, Ertech Pty Ltd – a Wangara-based company – has been awarded the $8.339 million major contract for stage 2 of the upgrade.