Heading into their first unreserved auction for the year, Ritchie Bros. Auctioneers continue to have their finger on the pulse as the world’s largest auctioneer of the heavy equipment and trucks sector.

Ritchie Bros. Regional Sales Manager for Australia North, Dale Spedding, provided us with exclusive insights on the current climate of the construction, agriculture and aggregate industries and how they are affecting the buying and selling of heavy equipment and trucks throughout Australia in 2019.

Spedding's insights into the heavy equipment and auction sector in early 2019 indicate that industry barometers are accurately reflecting not only the environmental climate, but the political climate in terms of machinery availability, demand and price.

The agriculture industry, in particular, has been hit hard due to environmental impacts over the past few years.

Spedding projects that this is due to a downturn in equipment availability as farmers hesitate to trade in equipment for hopes of a turn-around in work levels, saying that "dealers are sitting on an increasing amount of trade-in machinery leading to a mounting pressure to off-load inventory."

In contrast, Spedding forecasts that the aggregate and major construction sectors will continue to hold steady in terms of project and equipment demand. "Whilst concern over the political climate changing and leading to a decrease in civil works is allegedly on the minds of major contractors throughout South East Queensland specifically, already approved and awarded contracts are contributing enough demand for the next 2-3 years," says Spedding.

In particular, Tier 2 and 3 contractors are projecting to continue on an upwards scale, with the Queensland Urban Utilities’ Southern Treatment Plants Project already being awarded and in line to commence work later this year.

With major construction works like the $10bn Surat Gas Project being approved to being development, the aggregate sector is thought to follow suit; with aggregate materials needed for all major works to provide roads and transport abilities whilst projects go ahead, the auction industry will continue seeing a demand in aggregate equipment including dump trucks and conveyors.

Looking at how Original Equipment Manufacturers (OEM’s) stock levels have changed within the auction landscape; Spedding discusses the excitement in an increase in new stock levels presented at auction from leading OEM’s.

Major players including Hastings Deering and Hitachi have led the shift into new stock levels for auctions, receiving new gear ready to sell. Heading into the first auctions of the year, Spedding predicates the industry will see a decrease in demand for 5-6k hour machines that previously dominated the sector buying wise, and a steady competitiveness in 2k hour machines and new models.

Further predictions by Spedding include Kenworth and Mack Trucks decreasing their wait times to compete with other big contenders, Volvo Trucks and Scania, who are known to be more affordable in running costs and who’s inventory is currently sitting low due to high demand. 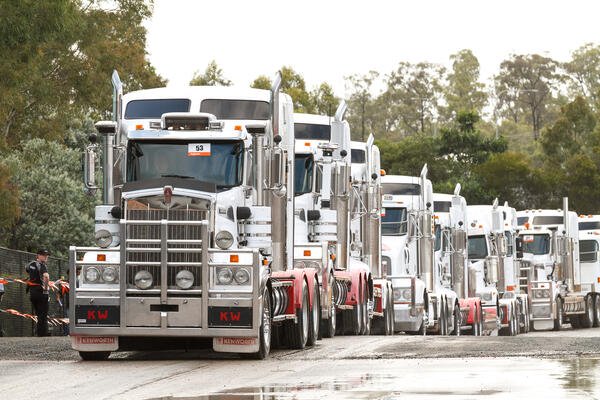 Ritchie Bros. kicks off with first unreserved auction for 2019

With their first unreserved auction being held on Thursday March 21st in Brisbane; Ritchie Bros. are expecting high interest in both excavators and low-loader equipment in particular. With an increasing amount of civil construction across major cities Sydney and Melbourne, the truck and dog market is predicted to pull particular interest across auctions, comments Spedding.

The auction, located at their Brisbane headquarters in Yatala, will be one of 4 auctions the Brisbane market can capitalise on in 2019, with Geelong holding another 4 auctions throughout the year for local buyers and sellers. For those who can't make it to the auctions, Ritchie Bros. also holds 11 monthly auctions on their online platform Marketplace-E, which also has a daily market sales channel for all your industry news.

Highlights from the long awaited live auction are set to include over 300 completely unused items, 31 excavators, almost 100 trailers and close to 20 containers among hundreds more pieces of equipment and machinery.

“We are allowing people to give us a market representation of what the gear is worth and where the market sits. They can tell us what it’s worth and what the standard is.”
- Dale Spedding, Ritchie Bros. Regional Sales Manager Australia North

With “no gimmicks or after-gavel negotiations, only the certainty of a sale” Dale Spedding says this brings forth loyal and repeat buyers who know they can be confident in what they are buying and how much for, and sellers who are given accurate estimations of their equipment and can easily off-load when the time comes.

You can find PlantMiner at the upcoming Ritchie Bros. Auction next week in the Partners section, ready to discuss how you can capitalise on your recently purchased equipment. 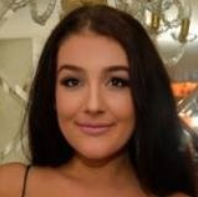 Joelene Jenkins
Digital marketing specialist passionate about researching and understanding the construction and building industry, and all things content writing.

Slattery Asset Advisory and Slattery Auctions and Valuations is a proudly independent, family run business.  We are the leading provider of premium asset advisory and remarketing services in Australia and Asia Pacific.

What's damaging the health of your fleet?

Your fleet forms the basis of your construction company’s operations and productivity. The entire company rely on this equipment and tools in order to finish projects efficiently. What a lot of contractors don’t realise is that their machines are slowly deteriorating without them noticing.

People sometimes assume that when it comes to access equipment, their best option is to buy the machines outright even though it might be easier to hire them. The choice of whether to hire, hire-to-buy or buy depends on the individual project needs and circumstances, but it’s worth examining the benefits of equipment rental or long-term leasing before finalising any decision.