The Ever Given saga & building a business case for procurement software

In an extraordinary event that captured the world’s attention, the massive 400-metre-long container ship Ever Given got stuck. The countless stories and Internet memes over the ensuing 6 days have reignited debates around supply chain disruption, economics, globalisation and so on.

But here, I’m actually getting inspiration on how to build a business case for procurement software. Let me explain further below.

A disruption event or an incident like this would have ramifications across the whole supply chain, much as how an incident could derail a construction project, for instance.

Calculating the cost of risk

30% of the world's container traffic flows through the Suez Canal. Now let’s run through what the 6-day blockage has resulted in.

Direct cost of the blockage: 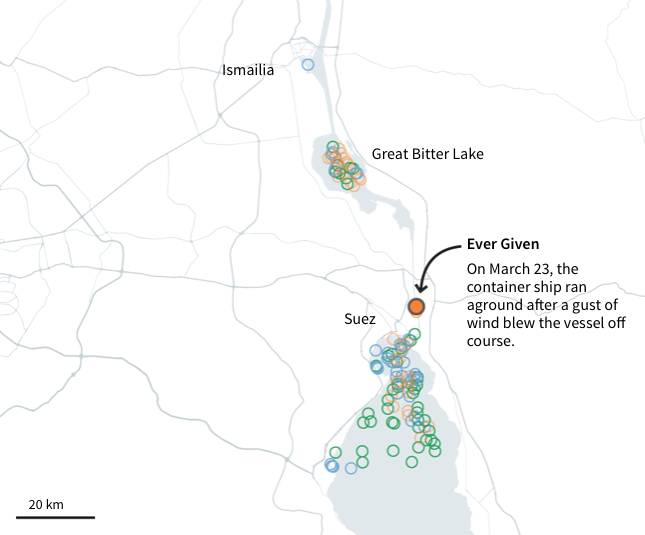 So, take a look at your top suppliers in terms of spend value. (Or even more basic than that, do you know exactly where your biggest 3rd party expense is?) And what if something happens to those suppliers?

To build a compelling business case for digital procurement (or for anything really), take the creative license to build the what-if scenario when things go wrong.

The Ever Given saga provided some narrative lines that you can borrow, i.e. think of the direct costs if an incident happens and couldn’t have been prevented due to having no tech solution in place – then cascading into further consequences, financial, legal and operational for all related parties.

Calculating the cost of missed opportunities

While the cost of disruption around the Ever Given is quite obvious, it’s not so much the case for procurement inefficiencies.

This is where calculating opportunity cost comes in handy, which is closely related to the above.

Some questions to get started include:

Tip: Be specific by using concrete numbers to prove your points, e.g. 6 hours of reduced staff effort per vendor. 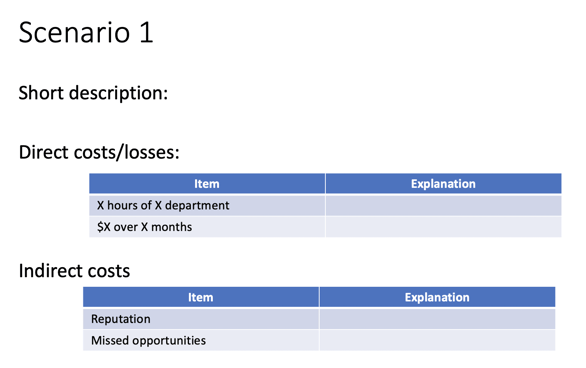 The Suez Canal story again highlights a significant risk exposure: high dependence on mega ships to facilitate global trade. That means a “black swan” event like this can leave businesses exposed to interruption.

A similar scenario applies to industries such as construction, infrastructure, resources and utilities provision, where there’s a high dependence on subcontractors to deliver work.

Tying the two to making your business case for a tech solution, demonstrate that this is part of ensuring resilience and agility in the “new normal”.

For your organisation, similarly, adopting a multi-sourcing strategy where other criteria other than cost can carry more weight. Having a well maintained, up-to-date database of qualified vendors can provide you the agility to react when needed.

It’s crucial to highlight these high-level impact statements when making your business case.

Diffused responsibility = no one will own the results

For a short while, people were confused as to whether the ship is called Ever Given or Evergreen – which is clearly displayed across the vessel. This confusion turns out to be about more than just names.

There are complications when it comes to determining who’s responsible for what:

So what’s the moral of the story here? Two things:

Especially if your organisation runs a decentralised procurement operating model, there are inherent governance challenges with that, as we’ve previously discussed in another post.

When building your business case for digital procurement, think of the aspiration for how procurement would operate within the wider enterprise, i.e. who is responsible for what.

Then, layer on top how procurement software can enable that.

In this example, procurement is adopting a hybrid operating model, also known as "project-led, centrally enabled." 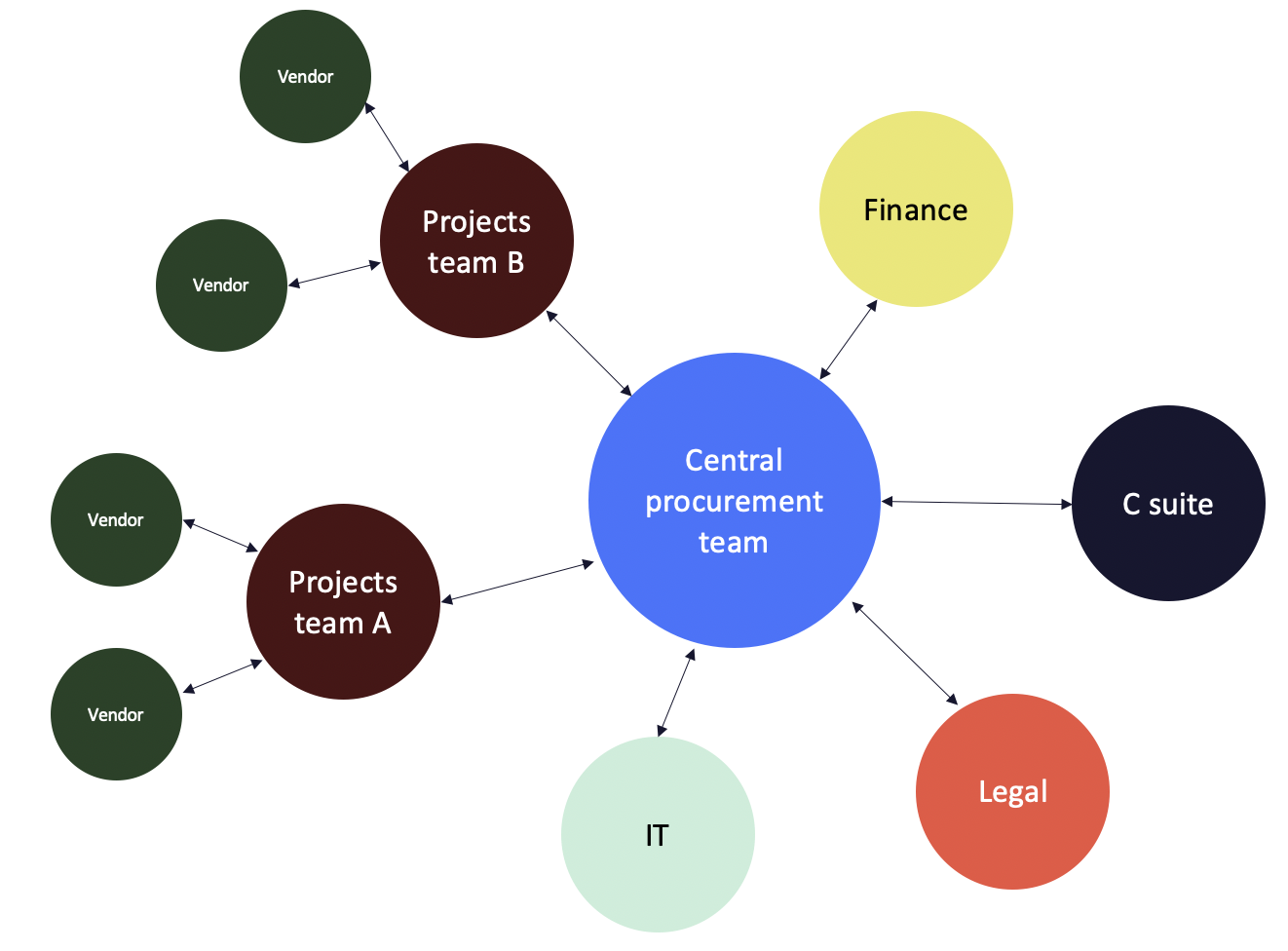 Hence, the central procurement team is responsible for the category strategy, policies and processes. Software would allow them to enforce compliance while empowering site-led buying.

The same can be done for other stakeholders.

While the Ever Given being stuck in the Suez Canel sounds like a world away, it actually has more relevance to the procurement and supply chain world than you think.

I’ve taken the liberty to draw lessons from it in building a business case for procurement software, as it’s a topic that many of those I speak to are interested in.

We’ve also recently published this Procurement Software Buyer’s Guide – 2021 Edition. Be sure to check it out. 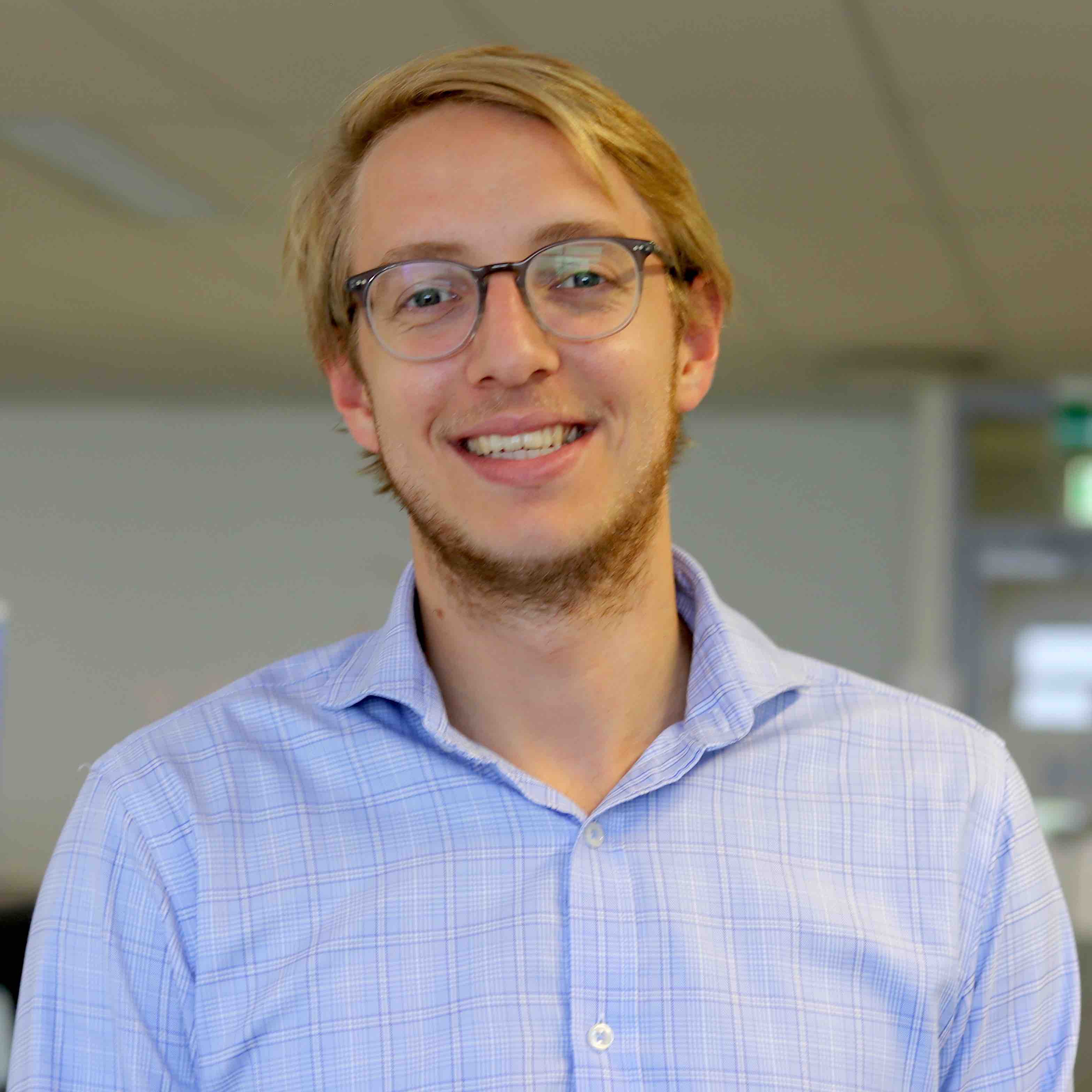 The following is a recap of the Q&A section from our live webinar on June 11th. I spoke with Ross Darrah, Founder & CEO of Pareto Toolbox. The interview has been lightly edited for clarity. 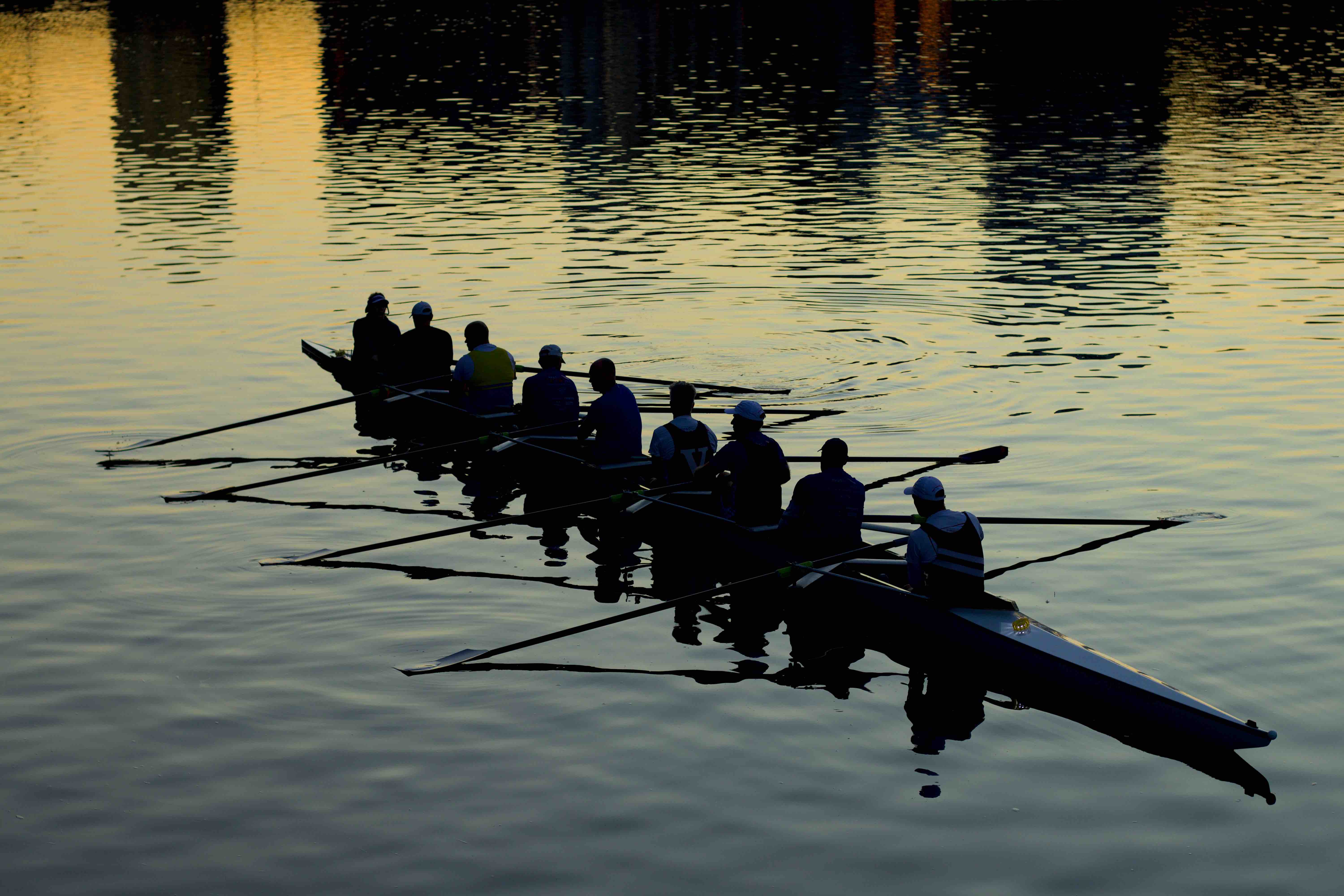 Getting buy-in for procurement software: The Stakeholder playbook

Our previous post taking inspiration from the Ever Given saga, touched on some tips to build a business case for procurement software.  No matter what job title you have, chances are you’ve already known you need a solution, now it’s just a matter of convincing others to share your vision. 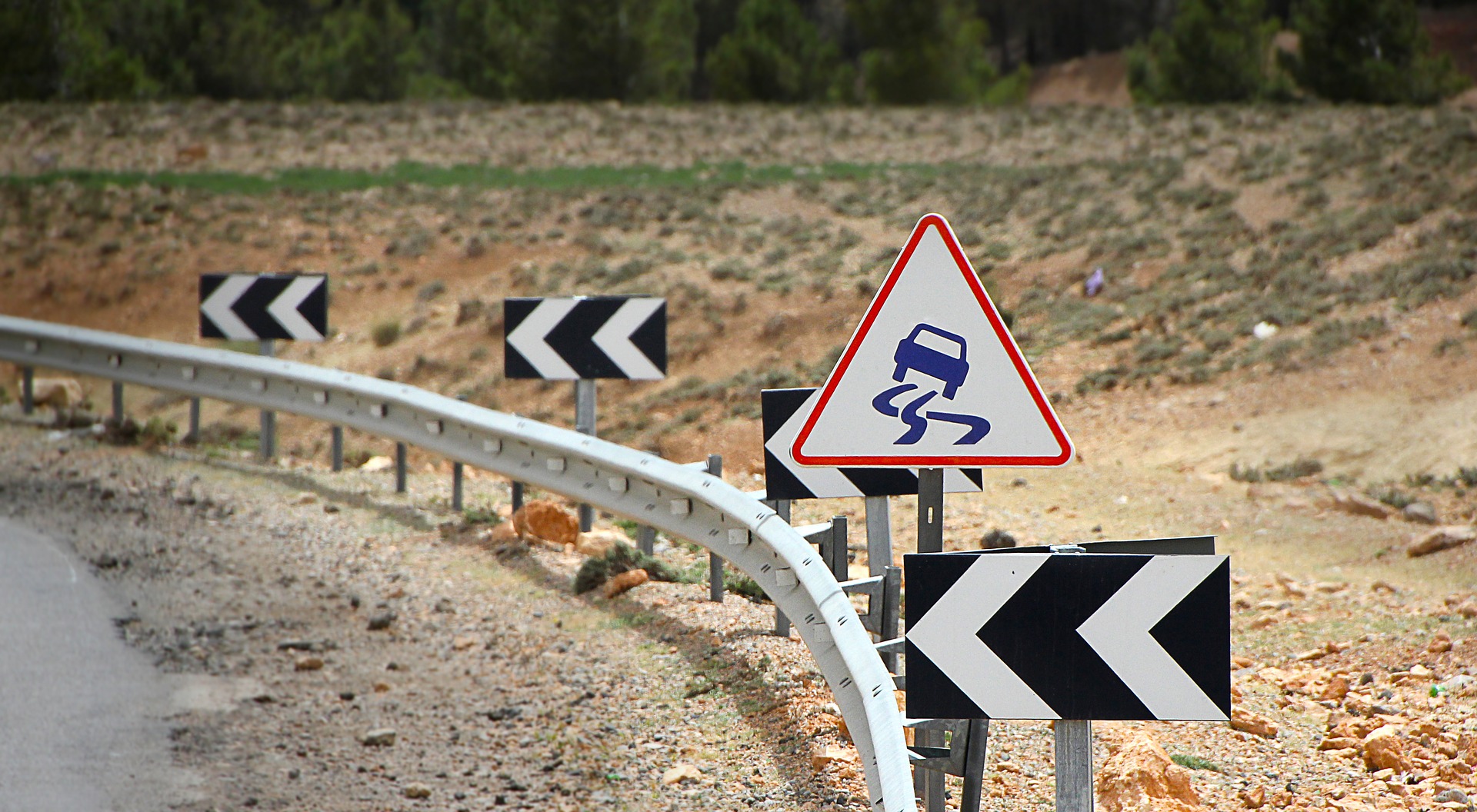 In part 1, my colleague has discussed two of the top barriers to technology adoption in procurement. Continuing the series, I want to explore other common challenges preventing organisations from getting the most value out of digital procurement tools.